Tundra is a short, sharp word with the final A giving it the hint of the exotic in English (words that are generally of Latin or Italian origins such as barista or pasta). This term, however, comes to the language from the Lappish word tundar meaning elevated wasteland. The tundra areas are spread across the northern reaches of Canada, Norway, Sweden, Russia, all of Iceland, and parts of Greenland. These regions have a consistently cold climate and a short growing season, and the plants that have adapted to survive there are low-lying and not tall at all.

For all of the harshness, barren climes, and wilderness associated with these parts of the world, both the term itself as well as what it denotes are not without their charm. There is something admirable, something we instinctively respect about natural things that survive the extremes of cold and geographical remoteness of these places. The tundra stands as a permanent reminder that there is something rather special about this world of ours and about nature, but also serves to underscore the fact that nature can be inherently savage and that we can find ourselves pitted against it.

A menacing nature is very much the focus of Arthur Rimbaud’s three-part poem, Ophélie, which he wrote when he was aged only 15 years old. He took his inspiration from Millais’s painting of Ophelia about to drown, a copy of which was in his school library. It is interesting that, during the nineteenth century, attention began to be given to the character of Ophelia rather than the eponymous prince in Shakespeare’s Hamlet, particularly among artists. What Rimbaud does with this figure is mesmerizing. He sees her in a timeless and eternal state of death, a sort of perpetual suspended animation, and portrays her as having been lured to die by nature itself, the fifth and sixth stanzas explaining why she allowed herself to drift into drowning while gathering flowers by the river:

O pale Ophelia! beautiful as snow!
Yes child, you died, carried off by a river!
– It was the winds descending from the great mountains of Norway
That spoke to you in low voices of better freedom.

It was a breath of wind, that, twisting your great hair,
Brought strange rumors to your dreaming mind;
It was your heart listening to the song of Nature
In the groans of the tree and the sighs of the nights;

Nature, then, does not protect but rather smothers Ophelia and it is a calling of nature, a sinister, siren enticement, that beckoned her to leave this world; though not to destruction but rather to peace, of sorts. What Rimbaud depicts is Mother Nature as suffering from a kind of Munchausen Syndrome by Proxy, and the allusion to white and snow evokes the evil stepmother of Grimm’s Snow White. The third and final part of the poem is composed of one stanza, in which Rimbaud defiantly places himself on par with Shakespeare as someone who can carve being out of nothing, in fleshing out and creating life to a non-existent character and making them deeply authentic and alive to us. 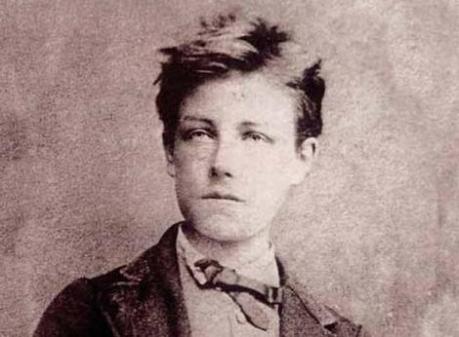 Rimbaud was a poetic genius, writing a corpus of poems between the ages of 15 and 19 years old that radically altered the course of poetry. He was also a thoroughly contemptible and despicable human being, capable of acts of great unkindness and spite. The older, more established, and heterosexual poet Paul Verlaine, fell completely under this beautiful young man’s spell when the latter sent him some of his poems, including Ophélie, when he was aged 17, falling in love with the brilliance of the teenager. Verlaine immediately summoned him to Paris, promptly abandoned his wife and children, and thereafter led a nomadic and largely unhappy existence with the younger man until one day, while drunk on absinthe, he tried to shoot Rimbaud in the head and only succeeded in injuring his wrist. He was imprisoned for this act of violence -denounced by the neighbours who had had their fill of drunken bickering-, had a profound conversion to Catholicism while incarcerated, and on leaving his cell after two years, parted ways definitively with Rimbaud when the youth tried to make Verlaine blaspheme, unsuccessfully. Verlaine ensured that Rimbaud’s works were later published and always acknowledged his artistic and personal debt to Arthur. The raw, tempestuous, and above all, savage, beauty of Rimbaud’s body and soul inspired Verlaine and led him to religious belief, paradoxically, because it taught him more than anything ever could or would have done about the fragile and deep-rooted flaw that burdens human nature: in the words of Hamlet, our “too sullied flesh”.

Today’s cufflinks are designed by the Norwegian jewellers Frank and Regine Juhls in the mid-1960s. They were a married couple who worked, harmoniously, together. They are made out of sterling silver and are part of their Tundra series of jewellery, a very organic and gently brutalist range (the brooches in particular are outrageously beautiful). It is very interesting that the couple chose to craft a range of jewellery by this name during the socially turbulent decade of the 1960s, and I think they capture perfectly the sense that, despite everything, nature has a way of winning in the end.

The greatest WordPress.com site in all the land!

Wealth related issues in the broadest sense of the word.

Confessions of a Ci-Devant

Academic Men Explain Things to Me